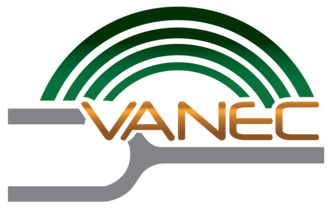 Acoustics--The interdisciplinary science that deals with the study of all mechanical waves in gases, liquids, and solids including vibration, sound, ultrasound and infrasound.

Amplitude--The level of pressure variation that determines the loudness of sound.
Area Sound Level--The measured or mathematically determined sound level at distances greater than 1 meter (3 feet) from any equipment surface (including piping and valves).

Ash--The incombustible particulate matter in the exhaust gas, mainly residues of components of the lubricating oil.

Attenuation--General term for the decrease of sound in an acoustical system (e.g., can include, but not limited to, geometric spreading or divergence, atmospheric attenuation (including temperature and wind gradients), absorption from objects, and impedance mismatches, etc.). Transmission loss (TL), insertion loss (IL), and noise reduction (NR) are ratings of attenuation in specific circumstances. In some contexts it is also called extinction: the gradual loss in intensity of any kind of flux through a medium.

A-Weighting--Weighting of the sound level based upon the frequency response characteristics of the human ear as a receiver.

Blow-down Time--Time required for the release of pressure inside equipment such as piping systems and pressure vessels.

Break-out Noise--Noise that passes through an acoustically nontransparent surface of a piece of equipment (typically a pipe wall, vessel wall, machine casing, or silencer external wall).

Catalyst--A substance that lowers the amount of energy required for a chemical reaction to occur. In practice a catalyst speeds up the rate of a reaction. An automotive catalyst comprises a high specific surface area
substrate, typically ceramic or metal, onto which an active (catalytic) wash-coat is added. The wash-coat is designed to further increase the specific surface area and make as much of the active material as possible available to the exhaust gas to increase the reaction rate.

Cell Density--Refers to the number of cells per unit area in the honeycomb cross section of the catalytic substrate. Typically expressed in units of cells/inch2, ie 600 cpsi.

Decibels (dB)--A measurement for amplification or loudness of sound.

Diffuser--A cylinder with relatively small holes along the vertical length with a pipe cap placed inside of a larger diameter pipe or silencer. A diffuser can also be a multiholed orifice flat plate that spans the inside diameter of a pipe.

Divergence--Dissipation of noise due to spreading of sound waves. Dissipation is governed by an inverse, square relationship with distance in the absence of obstacles or reflections.

Flow Resistivity--The ratio of the difference of air pressure across a sheet of porous material to the air velocity through the sheet.

Frequency--The number of pressure variations per second of sound. The standard unit  of frequency is the hertz (Hz).

Hertz (Hz)--The number of cycles per second of a periodic phenomenon. One of its most common uses is the description of sine wave, particularly those used in sound applications.

Impact Sound--The sound which results when two masses collide (typical peak sound level duration of each impact would be between 25 microseconds and 1 second). Typical examples are hammering and gun fire.

Impulse Sound--A sound created by the sudden impulse of pressure. Mathematically expressed as the integral of a force over the time interval during which the force is applied. Sometimes also referred to as impact sound.
Insertion Loss (IL)     The difference in decibels between the sound pressure measured at a point before and after a silencer or noise treatment is placed between the source and the measurement point.

Intermittent--Acoustic emissions or operations that occur less than 5 percent of the time during a work shift and fewer than 6 times per hour.

Muffler--A sound reducing device. Synonymous with silencer.
Multi-Holed Orifice (MHO)--Type of diffuser that forces a single incoming flow of gas or steam into many smaller jets.

Noise--Any unwanted sound. Noise may be continuous or intermittent based on the source.

Nox--A generic term for the mono-nitrogen oxides NO and NO2 (nitric oxide and nitrogen dioxide). They are produced from the reaction of nitrogen and oxygen gases in the air during combustion, especially at high temperatures. NOx should not be confused with nitrous oxide (N2O)

Peak Frequency--The frequency that is associated with the maximum sound pressure level within a given sound spectrum.

Precious Metals--Used as catalytic material in automotive catalysts and coated on the substrate during the wash-coat process. Precious metals are key components that catalyze the chemical reaction to convert pollutants from the engine (nitrogen oxide, carbon monoxide and hydrocarbons). The typical metals that are used are palladium, platinum and rhodium and they are often deposited within an alumina-based wash-coat.

Pressure Drop (ΔP)--A reduction in the static and or kinetic (velocity) pressure in the direction of flow. Also commonly referred to as head loss.

Primary Sound Source--The piece of equipment that is emitting the most sound in a general area (i.e., dominate sound source in an area).

Resonance--The tendency of a system (usually a linear system) to oscillate with larger amplitude at some frequencies than at others. Even small periodic driving forces can produce large amplitude oscillations.

Ring Frequency--The natural resonance frequency of a pipe or duct. When the frequency of the sound source is near or equal to the ring frequency, additional break-out noise can result

Sabin--A unit of measurement of sound absorption of a surface (named for Wallace Clement Sabine).

Selective Catalytic Reduction (SCR)--A process for removing NOX, by reducing with a reductant such as ammonia over a catalyst. Developed for commercial vehicle exhaust treatment worldwide.

Self (Regenerated) Noise, SN--The noise generated by flow through a part of a pipe or duct system such as a silencer. Self noise typically increases with velocity

Slug--Volume of a contained space. (Liquid or Gas)

Sound--The sensation of hearing in the human ear perceived when very small pressure variations occur. A traveling wave that is an oscillation of pressure produced by vibrating surfaces and transmitted through a solid, liquid, or gas, composed of frequencies within the range of hearing

Sound Power Level, Lw--A measure of total acoustic power or potential, similar to the watt rating of a light bulb. 10 times the log (base 10) of the given sound power to the reference sound power of 1 picowatt; resultant unit is the dB. The sound power (of a source) is the rate per unit time at which sound energy is radiated in a given frequency band in watts.
Sound power is typically calculated as a function of sound pressure and surface area.

Sound Pressure Level, Lp--A measure of the actual acoustic effect due to istance and other mitigating factors. Sound Pressure (SPL) is what we hear, caused by Sound Power (PWL) emitted from the source. In air, 20 times the log (base 10) of the given sound pressure to the reference sound pressure of 20 micro-Pascal; resultant unit is the dB. Sound pressure is the root-mean-square of the instantaneous pressure fluctuations caused by an acoustic wave during a specified time interval in a stated frequency band. The unit of pressure is the Pascal.

Sound Spectrum--A description of the sound level as a function of frequency. Typically these values are discretely quantized using the Octave or One-Third Octave Band (see definitions above).
Spark Arrestor--A device which removes incandescent particles from a gas stream. Fitted to vehicles and stationary engines which are operated in potentially flammable atmospheres.

Transmission Loss, TL--The ratio (in dB) of the sound energy transmitted through a surface to the incident sound energy.

Vent Silencer--A device that is intended to muffle or reduce the very high noise levels created when high-pressure gas or steam is expanded to atmosphere. This noise is produced by the rapid turbulence of the mixing gas jet and energy release of the compressed gas. Most of the noise occurs at the expansion across the valve and is emitted at the stack opening. The silencer is installed at the exit to muffle this noise.
Wash-Coat--Generic term for the combined support material and catalytic material deposited onto the substrate surface.

Wavelength-- An essential variable in describing the sound characteristics, and the resulting silencer design. For example, the wavelength of 10 Hz at 70°F is 113 feet, at 1000 Hz at 70°F it is 13.6 inches. Low frequencies (Hz) have long wavelengths; high frequencies have short wavelengths. Most sound sources in industry are referred to as broad band, a mixture of low and high frequency sounds.